I finally made it over to Scotland, but only for a day. I have another, longer trip to Scotland this weekend. Since Taylor, another Midwesterner, and I all have a free day on Wednesdays we decided to take a trip over to Scotland. We got up early and took the ferry over, and then went by bus to the town of Ayr.

So what can you do in just one day in Scotland? It turns out quite a bit. First, we ran around town for a little while until we could catch the next bus to where we wanted to be. It was a really quaint town with very old stone architecture. There were quite a few little modern touches that you could see around if you looked.

After we enjoyed a tea and coffee break in a small shop, we headed down to the bus station and figured out which bus we needed. It didn’t take too long before we were off. The problem was that we didn’t know where the stop we needed was, so we asked the woman behind us. She kindly pointed it out when we got near it. People here are so approachable…

The bus ride seemed to take forever but was made better with a peanut butter sandwich made with love (thanks, Twin!). Then, at long last, we arrived!

At the main gate we bought our tickets for entrance into the park, and the person working at the front helped us figure out the last bus we could get back to Ayr in order to catch the coach back to the ferry. It was earlier than expected, and we had less than two hours at the castle. Still, we saw quite a bit!

The park itself is absolutely breathtaking. Culzean Castle was also much better than the one in Donegal County in my humble opinion (but don’t tell the Irish that).

First, we toured the inside of the castle. It was set up as the last inhabitants who lived in it had left it. They filled it with oil paintings, shiny furniture, and immaculate ceilings as any good castle owner does. In the basement of the castle we even got to tour the old servants’ work area, including the laundry room and the kitchen. 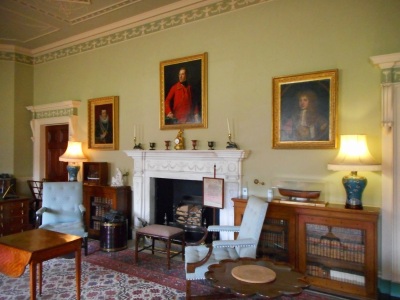 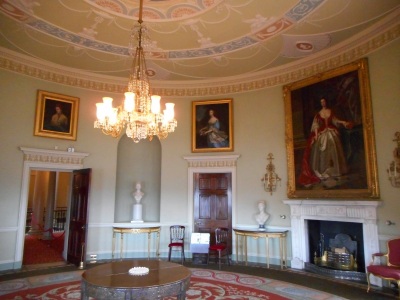 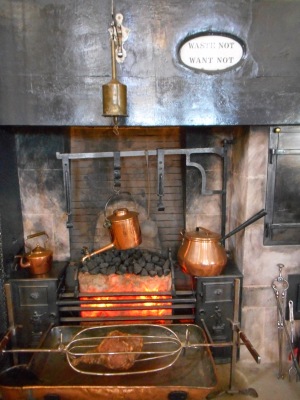 After getting our fill of the castle tour, we headed out onto the grounds to have a quick look around as we reluctantly made our way back to the bus. The view from the back side of the castle absolutely floored us. 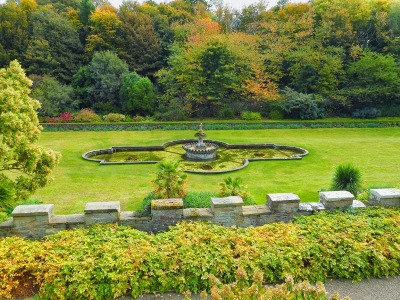 Eventually we made our way back to Ayr and decided to explore the town. First, we went down to the beach. The wind coming off of the sea was very cold so we didn’t stay too long before moving on along. 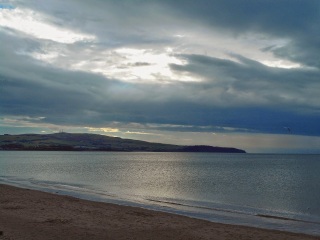 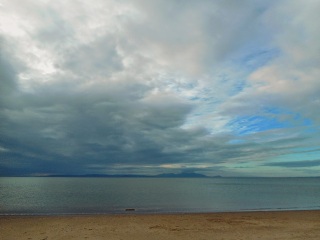 Then we walked into the town to find this little gem. I was able to see it from a little way away so I followed its general direction until we got there. It was gated off so we couldn’t get any closer but it’s St. John’s Tower, the only bit left of what used to be a church at this site. 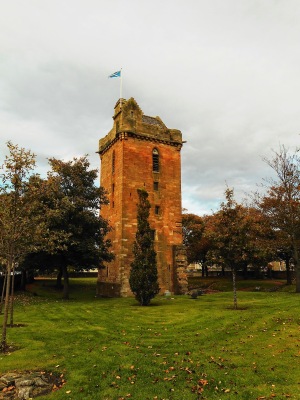 Then, my incredibly superior sense of direction which kept me from getting lost in Oaxaca kicked in and I was able to get us back to High Street. On the way we found a small river with a view. Then we found some clock towers back at High Street as we walked back towards our shuttle pick-up. 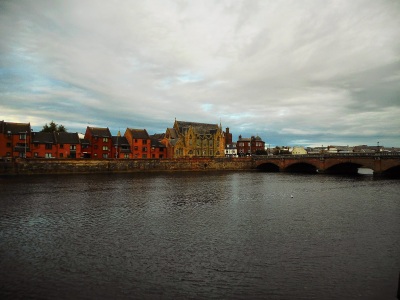 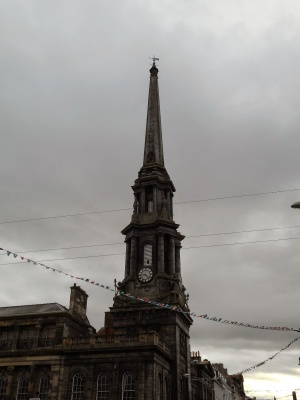 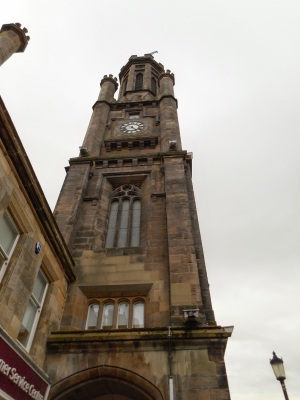 Last, but certainly not least, after being in the United Kingdom for over a month, I finally got my first fish and chips from the country! It wasn’t perfect but it wasn’t horrible either. The fish they used was Cod and this seems to be quite common. However, Twin, a self-proclaimed fish and chips critic, vehemently claims that Haddock is much better. 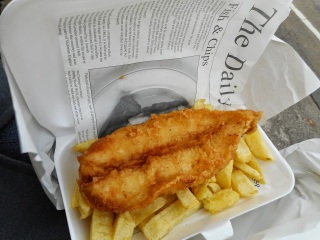 On that note, I’d better be off! I’ve quite a lot to do and so little time before I run away to Scotland for the weekend. Of course, there will be a blog post to follow that as well.

This site uses Akismet to reduce spam. Learn how your comment data is processed.