Can you believe that I have been in Germany for two years now? Seems like just yesterday I was breaking the news to my Grandma that I was going to be going far from home yet again. She wasn’t particularly pleased, but I think my family has all finally come around to the fact that I wasn’t meant to live the Missouri life.

Let’s review a bit what I’ve been up to. I stepped off the plane in Germany back in September 2015, and started my Master’s degree about this time two years ago. On top of my four semesters of study, I managed to visit Austria, the Czech Republic, Italy, France, and Switzerland – plus a lot of southern Germany. I also met some wonderful people in Konstanz from all over, and three of my closest friends are now pursuing PhDs because they’re super nerdy. Just kidding guys! Well, partially at least…. 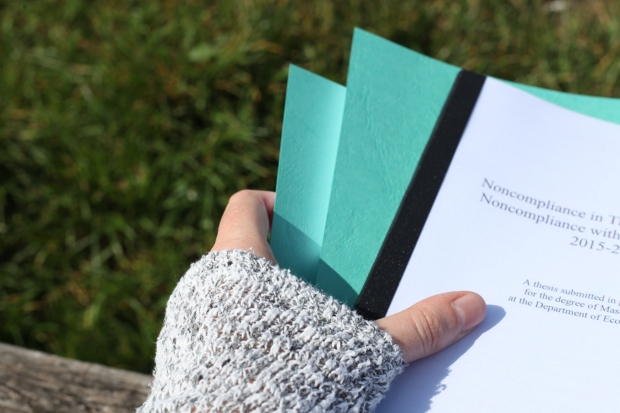 Studies themselves were quite a challenge for me here in Germany. The German language was obviously another source of frustration these past two years, although significantly less so now. Finances were also a struggle for me (I would strongly caution anyone considering graduate studies abroad if they have significant debt to be careful). Despite all of the difficulties, I was never deported and think that moving to Germany is the best choice I could have made!

I felt quite vindicated by my decision to move to Germany when I handed in my thesis last month. That same week I did a job interview in Munich at a start-up that I really wanted to work for. After nervously meeting the CEO and Head of Business Development there, I went back to Konstanz to do some exploring and discover the things I had not had the time to see in the past two years.

While rendezvousing around Konstanz, I got a job offer from the very same company. A few days later I signed the contract and was working on moving out of my student flat.

A little less than a month ago I started working there and things have been going great so far. I’ve been working on some challenging tasks and am really excited about where the company is heading.

Student life is officially over and “adulting” (AKA paying off my student loans) has begun. Meanwhile, the leaves have pretty much all changed colors despite the Indian Summer that we had here in Munich.

So what’s next? Adjust to my new work like, find an apartment, and a trip back to Missouri for Christmas!

I’ll keep this update short since my last post was already very reflective. I’m also planning to reduce the frequency of these Germany Thus Far posts to once every three months. My monthly life isn’t changing as quickly and there are not so many new things during my day to day which would warrant monthly updates.

With that, I leave you lovely readers to enjoy autumn (or spring for those of you in the Southern Hemisphere).

I’ve worked most of the summer (and Target and Ross were awesome!) but I finally became unemployed once again, which is very strange for me as a workaholic. Since I stopped working I’ve been doing a lot of preparatory chores like going to the bank, cleaning out my room so that my aunt can use it to study while I’m gone, and getting more contact lenses for the next year.

Aside from the chores, I’ve also been trying to have some fun. This past weekend I went to Springfield, Missouri to visit some friends. I went to Cider Days, which is an apple cider festival with music, crafts, and such. I enjoyed that quite a lot, especially the Fruit Loops scented candle from Shelly’s Smellies. This candle really is hilarious.

In the evening, I went to the Missouri Food Truck Festival. Once again, there was live music and such, except in lieu of crafts and cider, there were food trucks. I ordered a wonderfully delicious Chicken Tikka Masala Pasty from London Calling. They also have a shop in town that is open Monday-Sunday. Definitely worth stopping by!

Apart from that, we went to a really nice bar. No idea what it was called, but I enjoyed it. I caught up with quite a few people I haven’t seen since high school, so it was somewhat weird, but also very cool.

After I got back from Springfield I had dinner with my sisters who were super ecstatic about their band contest this past weekend. Monday was more relaxed, mostly consisting of errands. Tuesday I had some great food and company at El Caporal in Camdenton, where I went to high school. Their food makes me so happy. Along with Pepperoni Bill’s Pizzeria on the square. I’ve known him since before he opened up shop, and he’s a great guy with a knack for making delicious pizzas!

Wednesday we planned a family photo. You know, because I’m leaving a long time and people might die. I’m not kidding; my grandma has told me too many times that she thinks she’s going to die. But she’s been saying this since before I was born, so you take it with a grain of salt.

Yesterday, my sisters and mom came over so we could do light photos by the lake. They look this this:

Today I wrapped everything up, finished packing, watched my sisters perform one more band show and awkwardly said goodbye to people.

It was kind of weird, talking to a good friend and hearing him say, “You’ll have a whole new life next week.” I will, but I guess it’s not so different from that time I moved halfway across the country to the beautiful Shenandoah Valley for four years. Except this time I won’t come home on breaks, and I won’t speak the language, and I have never even visited the school, let alone the country I’ll be in.

I’ll keep you all updated, but I may not be posting much for a while until I settle in to my new home and manage to get the wifi working in hopefully another week. Love you all, and depending on where you live, I may see you in two years, and I may see you in two days. So… Bye, USA?

This summer I will backtrack a bit and write about my memories of studying in Oaxaca, México.

My story on the way to Oaxaca is an interesting one. In the spring of 2013 I decided that going abroad for May Term (an intensive short term that comes after the spring semester at Mary Baldwin College) would be my only chance to ever go abroad. It’s quite ironic considering my upcoming plans.

Anyway, I thought that this was my one and only chance, so I applied for scholarships in the fall of 2013 and crossed my fingers. In October, I received an tantilizing email that I was a finalist for the Melissa Mitchell Award. A few more days, and I found out that I had won the scholarship! Shortly after, I paid my deposit for the trip. That, my friends, is the moment that set me on my path to being a world traveller.

Over the spring semester I continued my Spanish courses with Dra. Patiño, who would later lead my trip. We had several sessions before leaving in which we talked about the places we would visit, the school we would attend, and the things we should pack.

I have to say, if there is anything I really learned with these predeparture sessions, it is that I need to pack carefully. In several ways, I should have packed better. Let me break it down for you into a few lists:

Top 3 Things I Failed to Pack:

Finally, with suitcases in hand, I waited at my dorm doors for the ride that would take the lot of us (six students and our professor) to Dulles International Airport. From there, we flew to La Ciudad de México (Mexico City), where we had our short layover (seems to me that airport delays are not as common in Mexico; we even had an early flight on the way home). In the next post I will pick up on our flight into Oaxaca.

It’s strange to think that a year ago I was an International Student Ambassador welcoming new students to my own school. I thought it must be strange to start the school year off in a country that you had never before visited, a whole new continent even. I wondered how they were able to pack all of the things they needed for a semester or year abroad. I marveled at how they were coping with our accents. I was mind-blown at the different ways they handled culture shock, and the time change of course!

Now, I’m asking myself, “How do I fit my life into two suitcases? What if I can’t understand my professors? And how on Earth am I going to sleep with this time change?”

How did I get to this place in life? Well, I suppose I should explain that for those who don’t know. On a whim, I applied to the Irish American Scholars program. Three students from my school were nominated, and only two were accepted. I just happened to be lucky enough to be one of them.

In March, I got my official acceptance. Then, I went to Mexico for a few weeks to study Spanish, because I’m cultured and what not. After I returned home for the summer, a flurry of emails and phone calls to my school and to the University of Ulster ensued. Finally, everything is mostly resolved, I have my round-trip plane tickets, and I’m ready to start packing.

So how do I feel? Part of me is nervous. Part of me still doesn’t believe that I’m studying abroad in Northern Ireland. And part of me thinks I’m crazy because I thought this would never work out while letting me graduate on time (which there is still a small chance it could all fall to shambles). All in all, I’m mostly just ready to get going and start my final year of undergraduate studies!